ToquiNotes: After 43 Years Teaching, the Prediction for a Beautiful Retirement for BHS's Jim Broslawsky is In

It is very likely that 43 years ago there was no one that predicted Jim Broslawsky would be announcing his retirement from teaching. Well, the one exception may have been Broslawsky himself.
The long-time Harrison County educator, known for accurately predicting weather-related school closings and delays and being asked for other predictions from the Super Bowl to the World Series by his students, has officially called it a day. The four-decades plus educator 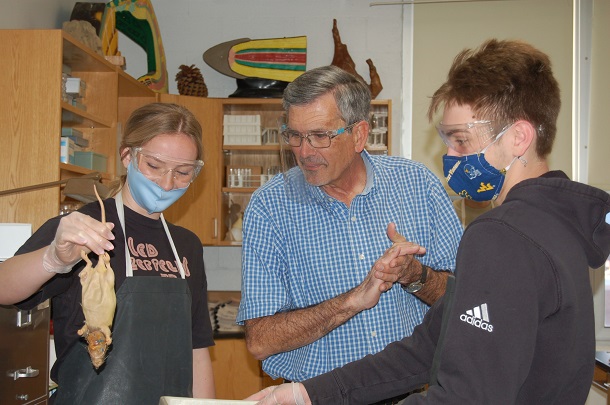 has officially resigned.
Only one other teacher in Harrison County is leaving the system this year with more time under their belt. Big Elm Elementary teacher Nancy Cool, according to Susan Stedman at the Harrison County Board of Education office, started a year earlier than Broslawsky in 1977.
As for Broslawsky, a proud alum of Roosevelt-Wilson High School, he has no peer in the Bridgeport public school system as far as stepping down with the most time served. He began his career, according to Stedman, on August 29, 1978. It has now ended 43 years later.
“It was a good ride,” said Broslawsky, the Bridgeport High School version of Nostradamus. “I’ve spent two-thirds of my life teaching.”
A ride that has had many stops along the way. The stops include a start at the former Bridgeport Junior High, Washington Irving High School, a move to the new Robert C. Byrd High School, at Bridgeport Middle School, a return to RCB, and a final stint of roughly 15 years at Bridgeport High School.
Teaching for that long would leave one to believe it might be in his blood. Looking at the family history, it would be hard to win an argument 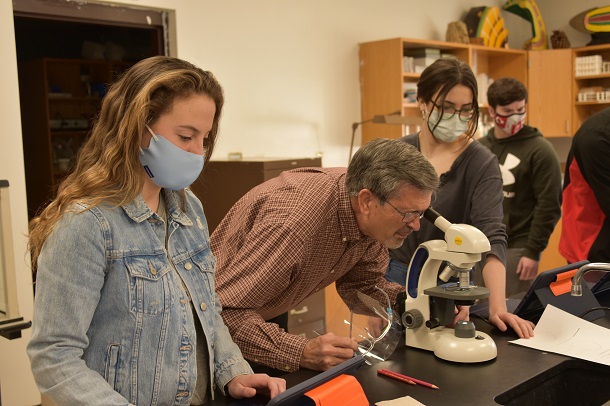 against it.
Jim Broslawsky’s sister, his twin brother (Joe who retired several years ago from South Harrison), and his sister-in-law have more than 170 years of combined teaching to their credit. Incredibly, he is not the educator in the family that taught the longest. That honor goes to his sister Anita Byrd, who recently retired from BHS with 44 years of service to children.
“My sister was a legend. I followed in her footsteps and she is an amazing teacher, person, and a good role model,” Broslawsky, who earned his BA in education from Fairmont State and then a Master’s in Curriculum and Instruction from West Virginia University, said.
So where did this family love of learning come from? It came from his father who, ironically, never had a formal education that reached the ninth grade.
“My dad never went to high school. He started working in the 8th grade after his dad was killed in an industrial accident in 1928,” said Broslawsky. “My dad (a World War II veteran) never missed an opportunity to teach his children anything, whether it was a moral lesson or a patriotic lesson. He was very much into academics because he was so well read. He actually taught me the metric system before it was commonplace.
“The most important thing he taught me was to make an honest living,” he continued. “I learned from him that coming to work on time has value.” 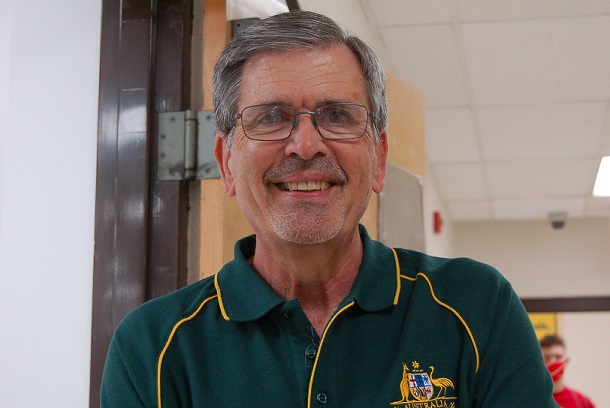 It was a lesson learned. Broslawsky is extremely proud of the fact that in 43 years of teaching he was never late. Not once. Think about that.
“He actually instilled in me if you show up on time, you’re late. If you show up early, you’re on time,” said Broslawsky.
Being on time allowed Broslawsky to teach science - biology here lately at BHS - to his students (as well as make predictions with his love of meteorology). The payoff to teach, however, was never about the paycheck.
“I still continue to get great pleasure to see the proverbial light go on. When a kid finally gets something, it sounds cliché, and I get that, but it just gives me a sense of fulfillment,” he said when asked what kept him teaching for so long. “I’ve fed off of that all these years. It’s pretty simple.”
The method in which he taught was simple as well. Once again, he pulled from his father’s lessons to make things work in a high school classroom setting where his father never had a chance to learn.
“I’m kind of known for my puns and stupid jokes … but there’s a little more of a reason to why I did that. When you can get people to laugh, and dad said you have to laugh every day, it levels the playing field,” said Broslawsky. “For that little moment in time, no one is smarter, no one is prettier, no one is more anything. When you have that, you re-engage with the students. I found that to work very well.”
Indeed, it has. As much as Broslawsky knew it was time to call it day, he knows there are things he will miss.
“I’ve developed so many relationships with kids going back to as far as 40-some years ago. My family had a retirement party for me and a girl I taught 41 years ago wrote a note to me that touched me deeply,” said Broslawsky, who somehow managed to also teach 25 years as 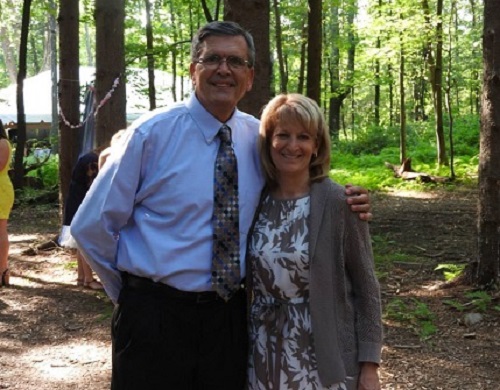 an adjunct professor at Fairmont State. “… Sometimes you don’t know for decades if you have an impact. Then, when you see it, it makes you feel good inside.
“It’s odd because most don’t teach for accolades, and I’m not trying to be self-righteous, but you do want to see that success,” he said. “My job was to guide their learning toward success, not just give them facts and figures.”
Even as Broslawsky steps away and he and his wife Tanya prepare for a move to North Carolina to be closer to family and, particularly, a granddaughter, he knows some form of teaching will continue. When it is your DNA, it is hard not to stay involved.
“I’m looking forward to working with kids in retirement in some fashion; maybe volunteer work or tutoring because it’s such a good feeling,” he said. “The kids in Bridgeport were so appreciative and so accepting of a teaching style that was a two-way street of me being open to them and them being open to me.”
Jim Broslawsky was always open. Open to assist, open to mentor, open to give out predictions from weather to sports.
“My sports predictions never matched up to the weather. It was always fun. I think it let the kids know their teachers can be human beings and not just stiffs throwing out information,” said Broslawsky who is father to Nathan, who lives in California, and Alex, who lives in South Carolina. “It made things fun and made it so they could relate. The kids enjoyed showing up.”
The kids were not the only ones who enjoyed showing up. Jim Broslawsky did as well, for 43 years and never late one single day.
Here is hoping the retirement forecast is filled with beautiful days ahead. He has certainly earned it.
As for another prediction, I am betting I am not alone in that assessment. Thousands of students and colleagues who have crossed his path believe he has earned it as well.
Best to you Mr. Broslawsky. If you want to be late for a few things in retirement, you have earned a pass.
Editor's Note: Top two photos show Jim Broslawsky in a classroom setting with his students, while he is shown at BHS in the third photo up close and personal. Bottom photo is of Broslawsky and his wife Tanya. Top three photos courtesy of Mr. Brad Bonenberger and the Bridgeport High School Journalism Department.